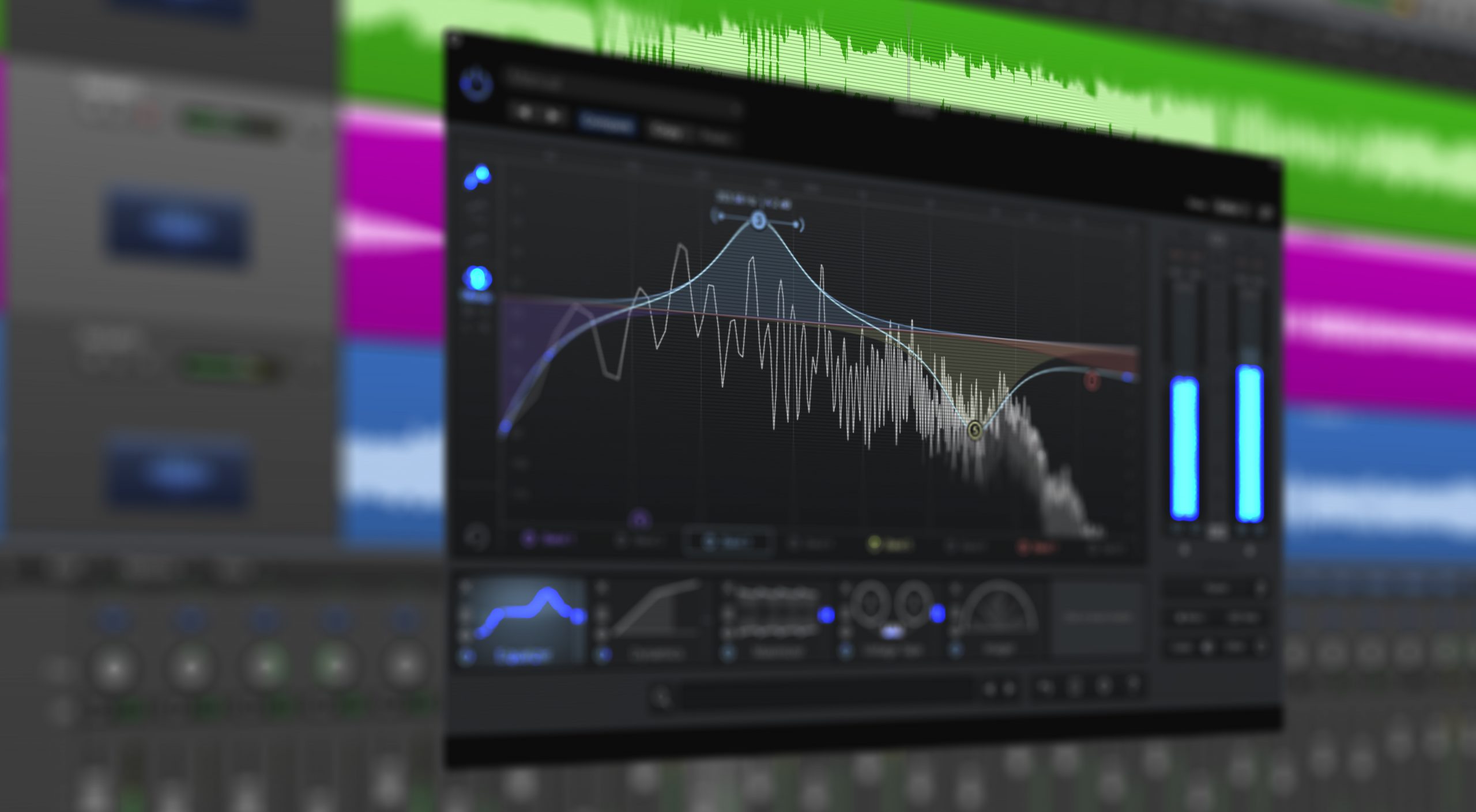 Why Are TV Commercials So Loud?

Are TV commercials louder than the program? Illustration by Freepik.com

Why Are TV Commercials So Loud?

A Short(ish) Answer to End a Long Conspiracy

There is no shortage of conspiracy theories: Loud ads are designed to nudge viewers out of ‘micro sleeps’. TVs automatically increase their volume during commercial breaks. Each advertiser attempts to be louder than the neighbouring ads in the break.

Some viewers even take a highly aggressive stance, queries such as ‘How do I report a loud tv commercial?’, ‘Is there a law against loud commercials?’, and ‘Are loud commercials illegal?’ rank high among Google search terms on the subject.

A table of the top Google search requests (in one month) around the recurring question, ‘Why are TV commercials so loud?’

But is there any truth to such ingrained beliefs?

I have been producing TV commercials for more than 20 years, and I’ve lost count of the number of times the perceived loudness of advertising has become a topic of conversation. To be honest, I have become rather weary of hearing people’s half-baked theories about the internal workings of broadcast advertising, not least because regulatory and technological specifications were adjusted to finally draw a line under the ‘loud ads’ debate than a decade ago.

It’s time for me to bring some clarity to the ‘loud TV commercials’ conspiracy!

First, in the interests of total transparency, here’s a history lesson:

Yes. There is SOME historical truth to the commercial ‘loudness wars’.

Sefi Carmel is an award-winning London based composer, sound designer, producer, and mixer. He has been creating soundtracks for films, TV, commercials, and games for over a decade. Sefi told me that pushing tracks louder was until recently still widespread practice, “Up until 2010, all mix engineers were competing with each other to make their mix sound louder than the next one – because hey, louder is always better, right? If it wasn’t loud, it wasn’t effective!”

However, to give producers a break, their insatiable quest for ‘louder’ existed because the technology available for audio signal measurement and the normalisation (pulling the volume of multiple pieces of audio into alignment) of broadcast TV output allowed for it.

The traditional method of analysing audio levels was to measure the highest electrical peaks of the signal using steampunk-style magnetic coil meters with a moving needle. If the specified maximum peak level established by a country’s broadcasting authorities wasn’t exceeded, all was well. But those mechanical meters were designed for the broadcasting systems of AM radio in the 1930s; many years before electronic music, compression, audio exciters, surround sound… heck, even long before stereo!

So, for several decades the traditional signal measurement standards allowed producers to throw a whole box of audio tools (borrowed from the music business) to add perceived loudness and ‘presence’ to TV commercial soundtracks, all while remaining within the specified technical parameters.

However, when compression is pushed too far the quietest parts of the commercial can also be forced to peak at nearly the same level as the loudest parts, effectively making everything equally loud – even sounds that objectively should not be.

With enough compression dialled-in, a fighter jet passing at low altitude and the rustling of a bag of crisps can both be made to sound thunderously loud. Over-compressed audio lacks natural dynamic range, it sounds unrealistic and can be unpleasant to listen to; but for many years it became the norm for TV commercial soundtracks to push compression just that bit too far.

Here’s the important thing to note: From a technical perspective, even the most heavily compressed commercial soundtracks would still peak at the same signal level as the programming on either side of them. The commercials were objectively no louder than the programmes, but they did have very different audio characteristics that made them sound notably louder.

The measurement techniques were calibrated to measure the objective voltages of audio signals, they didn’t account for the subjective way humans perceive loudness.

So, for many years TV commercials continued to be mixed with very little dynamic range (loud was loud, and quiet was also loud!) whereas the entertainment on either side of the commercial breaks usually maintained a more natural dynamic range, the soundtrack was given ‘room to breathe’. A chat show, movie, or drama would be allowed to have natural peaks and troughs in its soundtrack. A soundtrack with adequate dynamic range doesn’t enrage viewers because it reflects the way normal life sounds.

So, guilty as charged! TV channels did inadvertently broadcast commercials that sounded louder than the programmes, simply because there wasn’t a reliable means of measuring and controlling the perceived loudness of content.

A quiet round of applause for EBU-R128

In 2010 a new broadcast audio standard was introduced across Europe to address complaints relating to the perceived loudness of TV commercials. The European Broadcast Union (yes, the people who bring us Eurovision) created the EBU-R128 standard to ensure audio signals are processed to correlate with the way humans perceive loudness.

R128 measures audio on a scale of LU (Loudness Units) and it refers to loudness-adjusted levels in LUFS (Loudness Units referenced to Full Scale). Instead of measuring and aligning the peak signal level of the audio, R128 measures the frequencies within the audio that humans naturally perceive as sounding ‘loud’ (regardless of their actual volume) and then ‘loudness aligns’ the signal level to ensure the sound is perceived by our ears to be the same volume as all the other broadcast output.

But R128 goes further still. Simply calculating the average loudness level of a soundtrack will not always be accurate because long passages of silence, quiet dialogue (or low background noise) could reduce the average, making the measurement unrepresentative. So, measurement is paused when the audio level drops below a threshold of -10LU (Loudness Units). This ‘gated’ measurement is more cross-genre friendly, allowing movies or a sitcom to be loudness aligned with live music shows and commercial breaks. To be effective in a broadcast context, various types of program material with very different durations (such as a 2-hour movie and a 30-second commercial) must be able to be aligned in terms of loudness, and R128 makes that possible.

An audio engineering student at the controls of a professional studio mixing console. Image: Freepik.com

Everything you now hear on TV (including the ads) is compliant with the EBU-R128 standard. This means that if, as a producer, I compressed the hell out of a soundtrack to make every bit of its signal hit peak loudness, the EBU-R128 standard will adjust the signal level of the track so that my commercial sounds perceptively no louder than other commercials or programme output. Aside from that, compressing a track to within an inch of its life to make it sound as loud as possible is just a lazy mixing technique.

Sefi Carmel believes advertisers have begun to better appreciate more nuanced commercial mixes, “There has certainly been a big shift towards utilising the full dynamic range of a mix. With R128, we now measure average loudness rather than peak loudness, and so you can think of a mix as having a ‘loudness budget’. If you start off quietly, you can spend more of your ‘loudness budget’ later, with a louder final section. A classic example of this is in trailers. More often than not, a trailer will begin with a soft, sustained note, and build gradually to a huge climax. The level of the final section by itself would hit well above the limit for R128, but since it has a soft introduction, the level is balanced out, and can conform to the spec. The result is a much more dynamic and impactful trailer than you wouldn’t otherwise have achieved by trying to make it as loud as possible.”

To hammer the final nail into the coffin of  ‘loud ads’ conspiracy theories:

From 2010 onward TV commercials have been definitively no louder than programmes. The EBU-R128 standard for audio levels has been stringently adhered to by broadcasters for more than a decade. Furthermore, the audio loudness normalisation for commercials and programming is identical across Europe, set at -23LUFS. All European TV channels maintain the same consistent perceived loudness level across all output 24/7.

Sefi adds, “In other parts of the world, such as the US, they have slightly different standards, though they nearly all tend to use the same system of measuring average loudness. In the case of the US, instead of R128 they use something called ATSC. Loudness is measured in exactly the same way, though their maximum level is -24LUFS, rather than -23.”

EBU-R128 (or its US equivalent, ATSC) cannot be 100% perfect because human hearing is not 100% perfect! People will always have their personal (extremely subjective) opinion of what ‘loud’ is. Others will cling to the unshakeable belief that a shadowy figure controls their TV from afar with an unseen hand turning up the volume during the commercial breaks.

But most people can put their remote control down and give the volume button a rest because the TV commercials are not loud.

Tom Vaughan-Mountford is an expert in television advertising and video marketing for SMEs. He has more than twenty years’ experience in production and post-production for broadcasters, major advertising agencies, and name-brands. He is a regular writer on the media industry and the Author of Managing a Video Production Company, a recommended Focal Press text for university Media and Film Studies courses. Tom is the Senior Video Editor at JMS Group, a long-established TV advertising production company in the UK.

Tom has had a diverse career as a Television Commercial Producer, Video Marketing Expert, Video Editor, Designer, and Writer. He is the author of the Focal Press media studies textbook 'Managing a Video Production Company' and is also the co-owner of a TV advertising business in the UK. Outside of the media Tom enjoys sci-fi, gaming, and fitness.